Think Better, Tim Hurson’s business classic, taught in business schools around the world, will help you think better, do better, and be better. It is being relaunched today, it’s 10th anniversary of original publication date.

I invited Tim to guest post for my blog. Why? I read the book. You already know I am relentlessly curious and continuously in pursuit of how and why it’s important to think better. And I want to provide you with the best insights and resources so you, too, can begin to think better. Once you recalibrate your mindset, you never return to old, unproductive habits. Enjoy Tim’s guest post!

If you’re a leader, a manager, a salesperson, or a problem-solver, one of the greatest assets you can have is your thirst for answers—your curiosity.

The curious thing about curiosity

All of us have untold potential. Yet it’s easy to fall into behaviors that prevent us from reaching what we are capable of. These behaviors are almost always the result of self-limiting beliefs. There are millions of them:

Although none of these things may be true, many people act as though they are. And limit themselves as a result.

Each of these beliefs is personal. It’s easy to see how they might affect a person’s behavior, happiness, or chances for success. But underlying them all is another limiting belief—one that is more insidious and in many ways harder to deal with than any of the others. It is the belief that the way things ‘are’ is permanent.

“It is what it is” may be true.
“It will always be what it is” couldn’t be further from the truth.

Nothing is permanent. Your body and your mind change from moment to moment. Eventually, those changes (we call them aging) become so profound that you wear out: you cease to exist.

Even though we see the impermanence of life almost daily, we often cling to the belief that certain other things are permanent. Knowledge, for example, is permanent, isn’t it?

Not at all. The history of science is the story of human beings converting what we know into what we thought we knew. The Greek astronomer Ptolemy thought the earth was the center of the universe with the sun and stars revolving around it. Today we know that our earth is a small planet on the outer edge of a remote galaxy billions of lightyears from the center of the universe.

And some time in the future even this sophisticated concept of the way things are will prove to be faulty. It will become as obsolete as Ptolemy’s.

Many people find the idea of impermanence unsettling. But there’s another way to look at it. Impermanence can actually be empowering.

If we can accept that everything is changing, and that even what we ‘know’ is not stable, we can actually exercise enormous influence over our lives. Far from making us helpless, this belief actually gives us leverage.

If nothing is permanent, curiosity becomes a source of power

Think of it this way: If what you ‘know’ to be true has become no longer true, and you act as though it still is true, you are probably limiting your options.

Here’s a story that illustrates this point: In traditional South Asian societies, elephants were trained as beasts of burden. If you owned an elephant, you were wealthy. But you had to invest in your asset. Not only did you have to feed and care for it, you also had to make sure it didn’t wander off, get into your neighbor’s garden, or accidentally knock over the outhouse.

How do you keep an elephant in place? If you don’t have easy access to metals and forges with which to make chains, it’s not easy. Elephants are strong.

But Indian mahouts discovered a simple and reliable method. Soon after a calf was born, it was tethered by a heavy rope to a tree or stake pounded into the ground. The rope was tied around the animal’s leg with a slip knot. If the calf pulled, the rope tightened painfully. Over time, even the slightest pressure from the rope would warn the baby elephant to back off.

Adult elephants are kept in place with a much lighter rope. They can easily break it. But they don’t. Because they assume things haven’t changed and the rope will still cause them pain. As smart as they are, the elephants aren’t curious enough to question whether what they once knew to be true still is.

Most of us have elephant’s tethers of our own. We repeat the same behaviors over and over, simply because “that’s the way things are”.

One simple way out of this mess is to be curious. Pull at the rope. See what happens. You never know, you might find there’s a whole world out there waiting for you to explore.

Curiosity to the rescue

Curiosity—combined with courage—is the root of every major advance human beings have ever made. So how can leaders, managers, salespeople, and problem-solvers use curiosity to their advantage?

By harnessing the power of questions. From simple, informational questions to complex, probing ones, questions are the key. There’s nothing new in this. Socrates discovered the power of questions 2,500 years ago, and the world’s most successful leaders, thinkers, humanitarians, inventors, investors, and artists have been using it ever since.

The most basic questions are informational: who, what, where, when, how long, how much, and so on. When you meet a new person, you can use these basic questions to open up areas for mutual discovery. You can find commonalities and connections, you can give yourself the chance learn another person’s perspectives.

The next level is the complex, often difficult question that relentlessly probes for causes, reasons, and speculations. This is where you begin to discover what’s working for other people—and what isn’t. What they hope for and what they fear. These questions open worlds of problems and opportunities and challenges and solutions.

Finally, there are the questions that have no answer. These are the ones that create the new—that move us both individually and as a species to the next level.

Questions—the basic tool of curiosity—activate a very different part of the brain than mere statements. Questions literally energize the brain.

See for yourself. Here’s a quick thought experiment. Look at the following sentence and notice what happens in your mind when you read it:
New technologies will change the way we live.

Now look at the next sentence. Notice what goes on in your mind as you read it:
How might new technologies change the way we live?

If you’re like most people, you didn’t react much to the first sentence—the statement. It probably just sat there.

But the second sentence—the question—activated your mind. You may have imagined possible futures, or thought about how technology has already changed the way you live or do business. In other words, something happened when your curiosity was triggered. It’s almost as though you can’t help yourself. Once you encounter a question, your mind jumps to try to answer it.

Curiosity is the way we build both knowledge about the world and connection with the people around us. It’s also how we discover the new. Mutual curiosity is a kind of two-way street that carries the traffic of human thought, feeling, commerce, connection, and possibility.

That’s how curiosity kills the can’t.

Tim Hurson teaches productive thinking in business schools throughout the US, Canada, Chile, and Australia. He is a founder of Mindcamp, which holds annual educational events in Canada, Chile, and the US that feature the best creativity leaders world-wide. He has keynoted in 40 countries to global corporations, governments, and start-ups.

His book, Think Better, is available in ten languages and was recently included in McGraw-Hill’s “Business Classics” series. In 2015 his book, Never Be Closing, was selected by the Oprah Winfrey Network as one the year’s 15 best self-improvement books.

He is currently in the post production phases of an online course called Creative Intelligence: Think Better to Do Better, based on the principle that the key to doing better in almost any human endeavor—business, professional, or personal—is the application of straightforward thinking tools that anyone can master.

Hire Babette to speak at your next conference or corporate meeting. 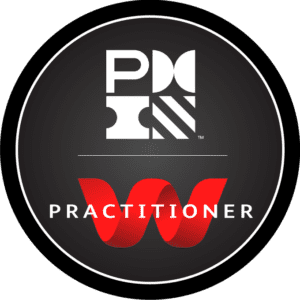